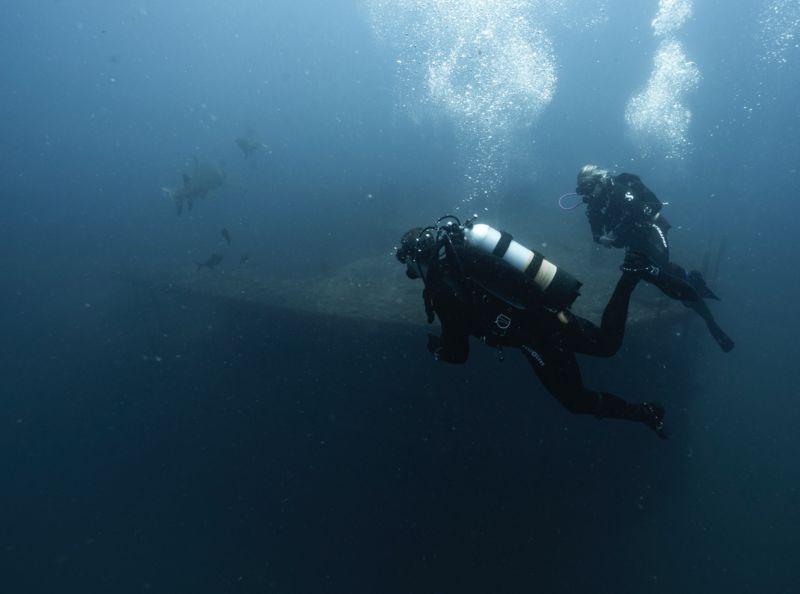 Have you ever wondered what kinds of treasures lie beneath oceans and lakes? We have. So when we learned about this truly incredible discovery pulled from the depths of Lake Ontario, we were astounded. As much as 65% of our planet hasn't been explored yet, which means that there are many things hiding in the depths of the waters around us. 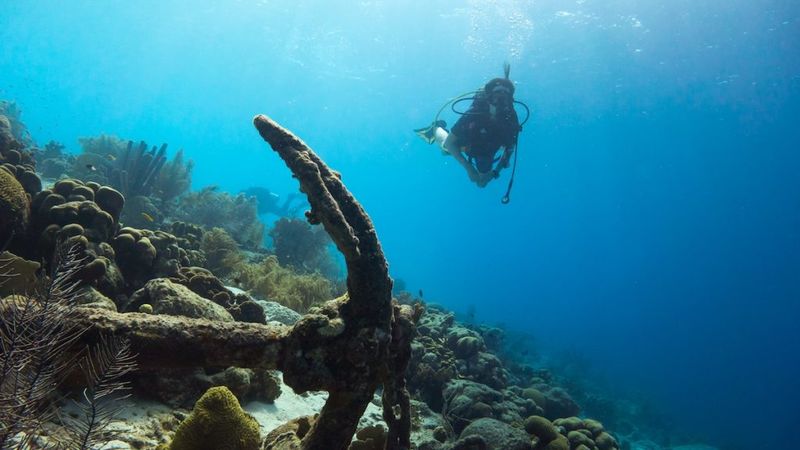 Our story begins in August of 2017. The OEX Recovery Group was tasked with recovering an unusual item from Lake Ontario in Canada. This particular item was of great interest, but it wouldn’t be easy. Lakes are much deeper than you can imagine, and even if they found the object, it might be down too far and stuck too deep. Thankfully, they had the funds to go through with it. 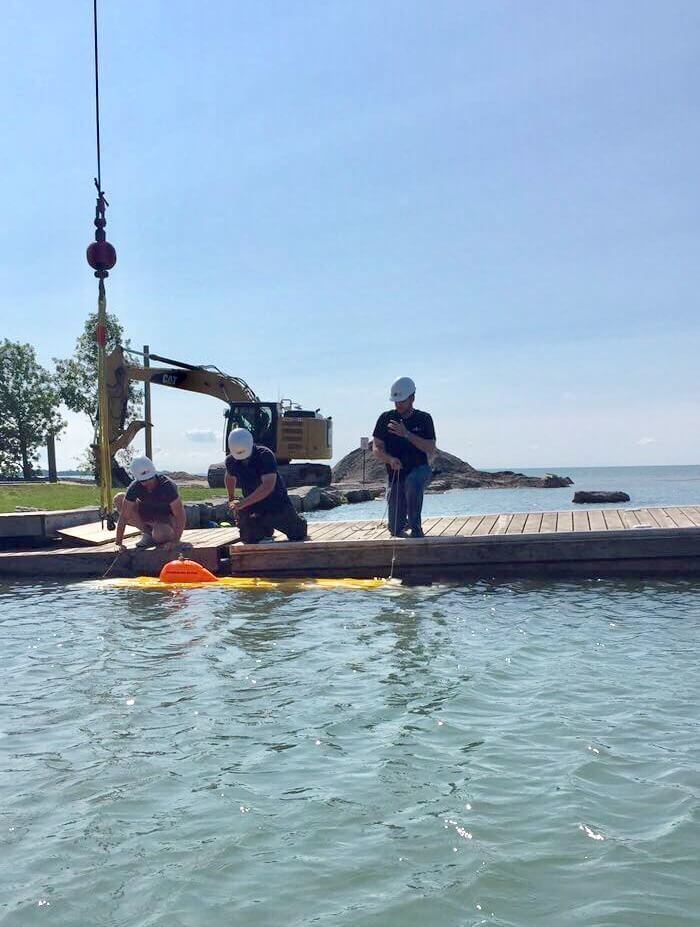 The team made sure that they kept the information around the object to themselves because it was extremely valuable and impressive. If anyone else found out about it, they might send their own team in, which would mess everything up for the OEX Group. What’s more, is that the rumors of what lay beneath the lake could just be rumors, so they kept things very hush-hush. But to get to the bottom of the story, we have to travel back in time… 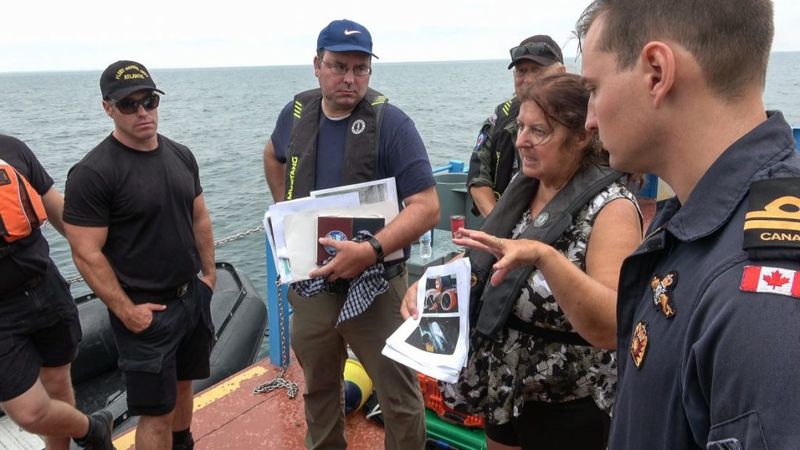 Secrets of the Deep

Way back in 1950, there were local sightings of something very curious about the lake. Unfortunately, what everyone had seen was gone so quickly that many doubted their very own eyes. Any images that had been captured were so blurry that they only quelled the citizens’ curiosity about the strange occurrence. Witnesses were more than happy to point the OEX team towards the spot, as they were desperate to find out what they had seen so long ago. 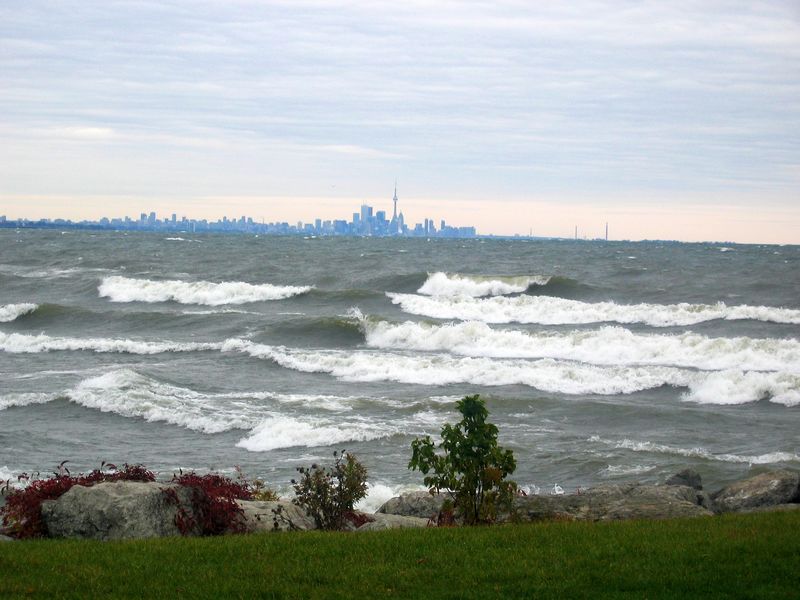 What could it be? Well, in 2013, there was also gossip that an alien base had been established underneath the lake. Was this the source of the disappearing objects? The OEX team was skeptical. What’s more is that Lake Ontario is the thirteenth largest lake in the whole world, with 1,020km of shoreline. At the very deepest point, it is 133 fathoms, which is nearly 250 meters below the surface. How on earth were they going to trawl such a large area? 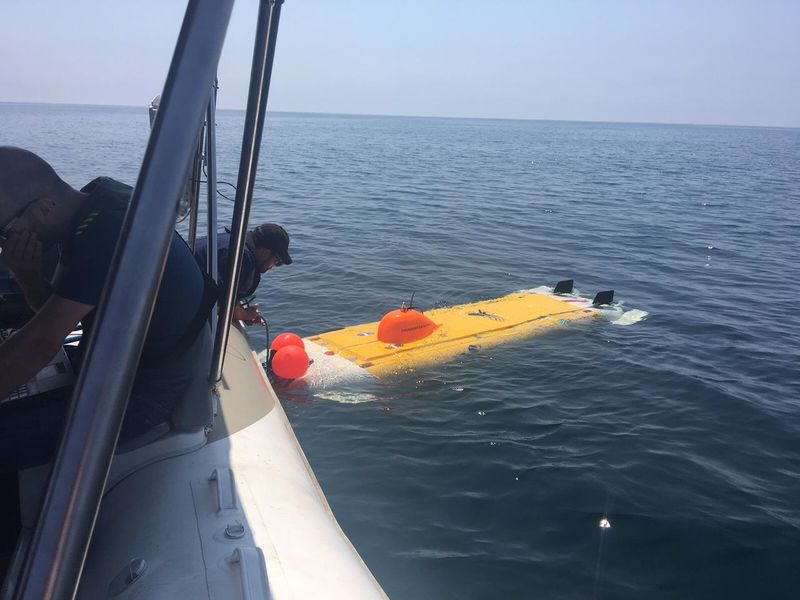 The OEX team has this little guy under their belt. It is called the ThunderFish What an awesome secret weapon, huh? No one even has to get into it as it swims around the bottom of massive bodies of water. The team can monitor its camera remotely so they barely even have to get wet! What’s even cooler is that the camera is a sonar device that captures some pretty high-resolution images. So what did they see? 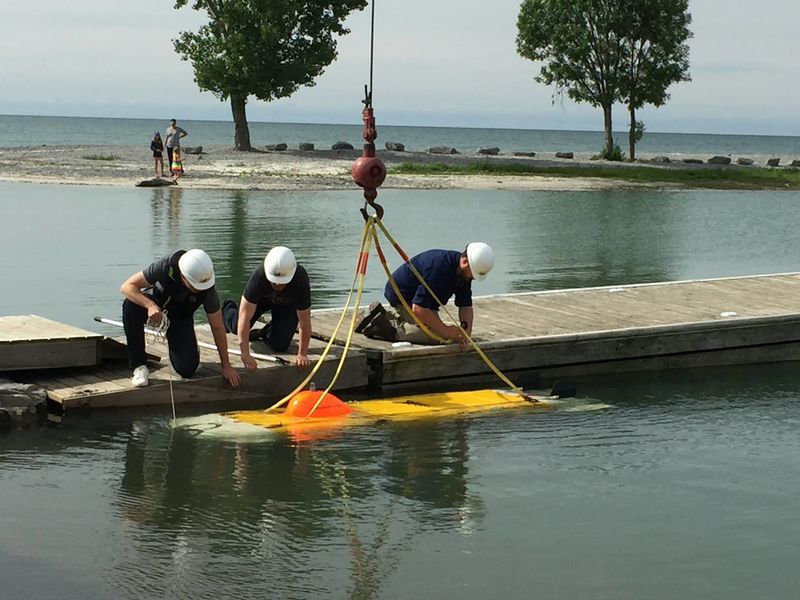 While it might have been pretty cool if it was aliens, it turns out that what the ThunderFish showed was actually something from this earth. Not only that, but it was something of enormous historical significance. It’s time to do a little more time traveling, and not just back to 1950, but back just a little further to 1946. Everyone was dying to know what the unusual craft was… 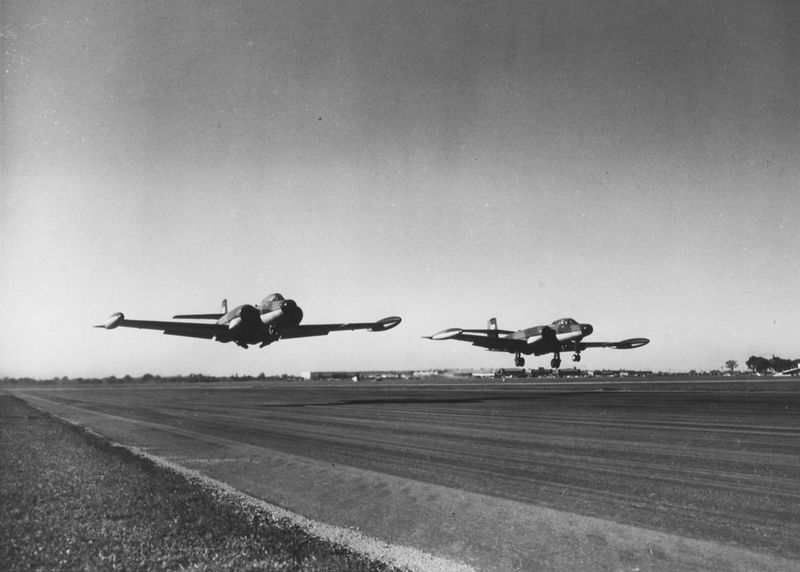 Back in ‘46, a very shiny new aircraft was owned by the Canadian government. It was just after the end of the Second World War, but tensions remained between the West and the Eastern bloc. So the Canadian government decided that they needed a serious weapon with some massive destructive capabilities, as the Cold War was in full swing. 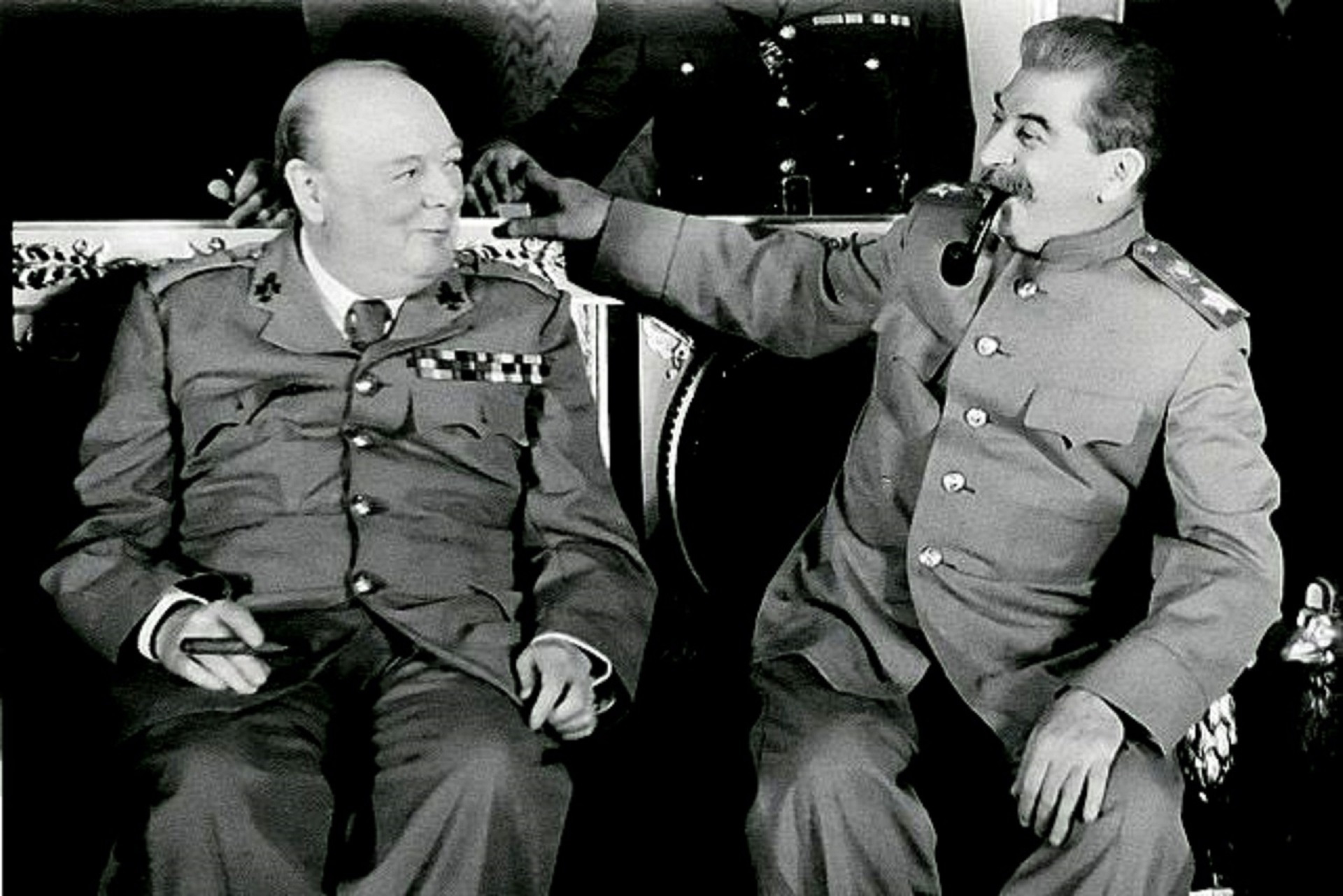 What was terrifying about the Cold War was that both sides had atomic bombs, and no one wanted this to happen. But because both sides had one it was kind of like insurance for both the USSR and the West. In case they had to move these massive weapons to North America, the USSR began equipping themselves with heavy-duty aircraft. And Canada wasn’t about to back off, so they created A.V. Roe Canada, colloquially known as Avro Canada. 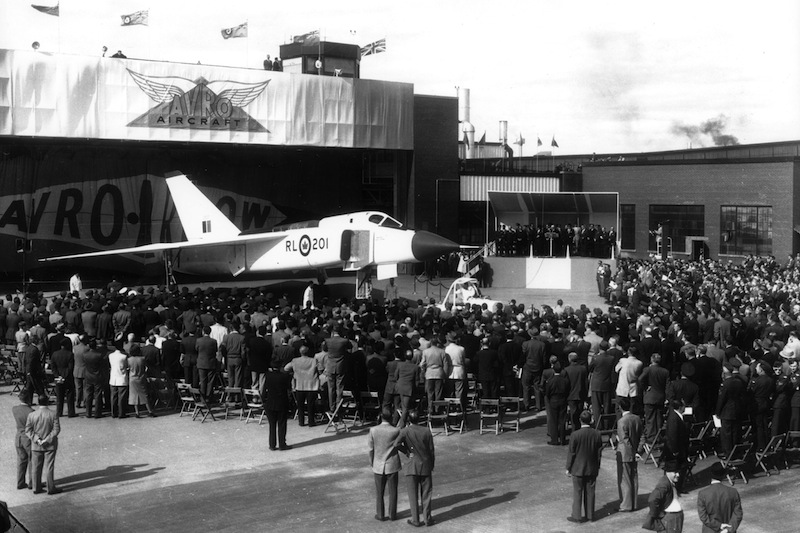 In 1953, the Avro CF-100 Canuck was finally ready. They lovingly called it ‘The Clunk.’ But the Soviets were building yet another machine to outdo the West. Meanwhile, the Clunk set out on her maiden voyage! She was also equipped with the Avro Arrow, which was an all-weather interceptor that meant she could fly through nearly anything. What’s more is that the aircraft could read Mach 2 speeds, and fly as high as 15km into the sky. That’s nearly 2,500km/ph! Engineers had made prototypes of the Avro Arrow, nine in total, made to a smaller scale than what the real thing was made out of. The Avro Arrows had the delta wing design, which will be familiar to you if you love movies like Top Gun! The nine prototypes were about 3 meters long, with a wingspan of 2 meters. And these baby copies of the real thing ran on solid fuel. Can you guess where they launched them from? Yep: Lake Ontario. 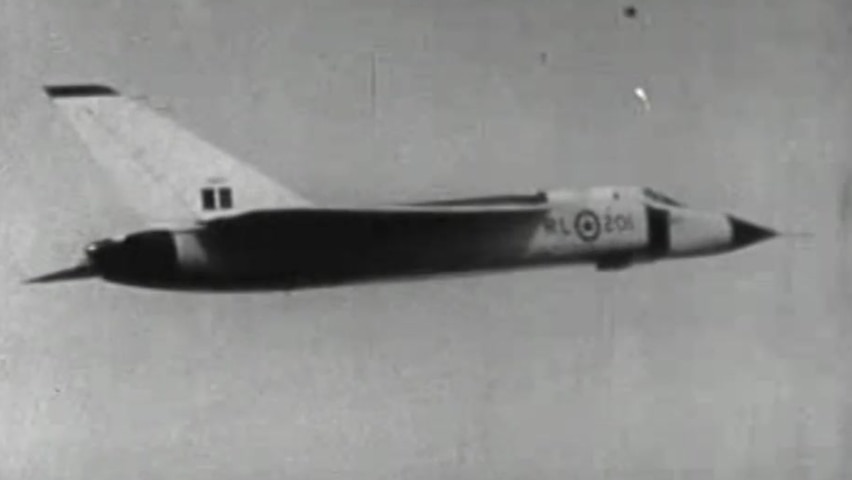 While testing these aircraft, there was a lot of tweaking that had to be done. Wings were dropped, the camber was added, as well as a dog-tooth. The nose was sharpened, and a tail cone was also added. The Avro Arrow was a marvel of modern technology. Unfortunately, it was too little, too late, and the government signed new treaties with the USA. Sputnik had arrived too, which meant that there was a threat from higher than the Avro Arrow was capable of traveling. 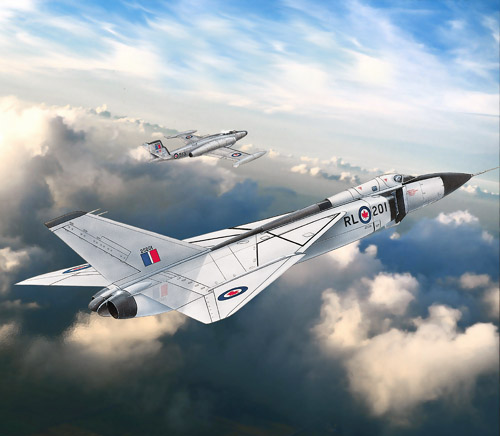 Ultimately, the Arrow program was canceled just before the 60s hit. Nearly 50,000 people were out of work, despite numerous leaders and representatives in both the government and military trying to stop the cancellation. Everything was destroyed, but they had forgotten about something: the nine Arrows at the bottom of Lake Ontario. And that’s where the OEX group comes in again. 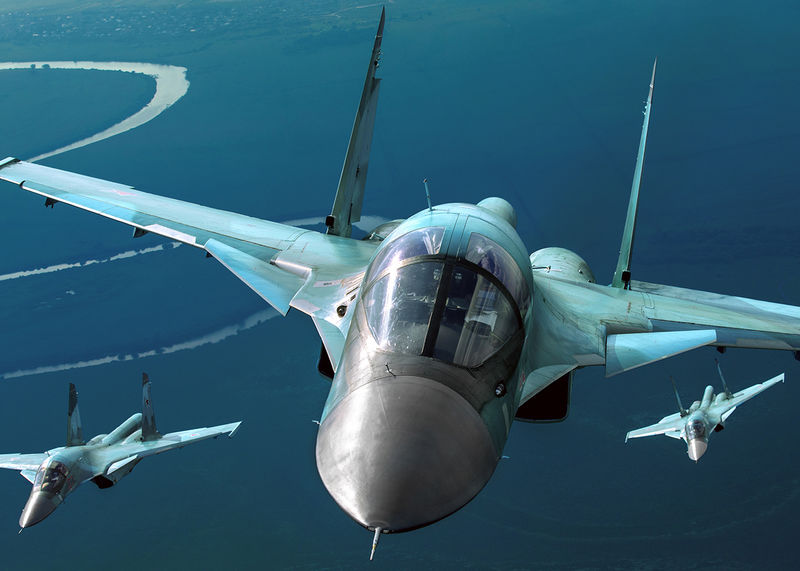 The nine prototypes hidden in the depths of Lake Ontario are the last remaining pieces of evidence that the Arrow program ever existed. So you can probably guess that this is what everyone suspected was underneath the lake! But the ninth model, in particular, was the one that everyone was interested in. It was basically perfect, as they’d spent millions getting it just right, and this was the latest edition. 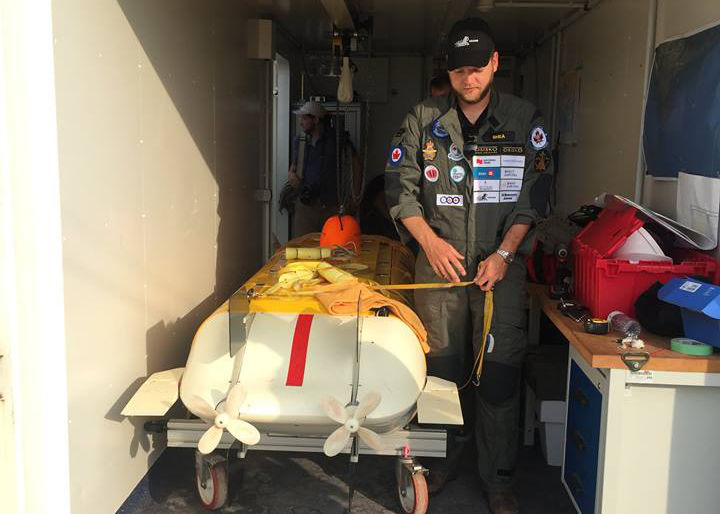 Meet John Burzynski, the head honcho of Osisko Mining, which was a part of the project to Raise the Arrow. The project was initiated in 2016 with the task of ensuring that this important contribution to the Canadian Cold War effort was not forgotten. And while they had the technology to get the ninth Arrow out of the water, they weren’t 100% sure where they would find it. That’s where Jack Hurst comes in. 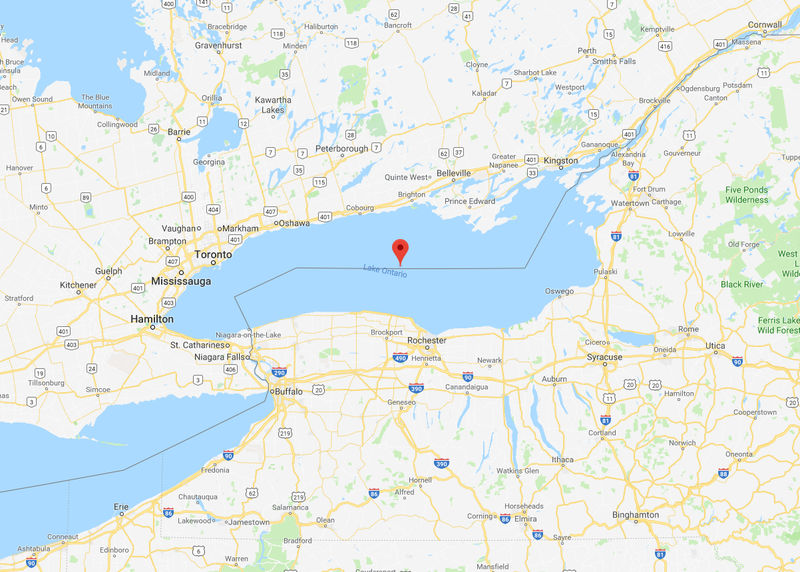 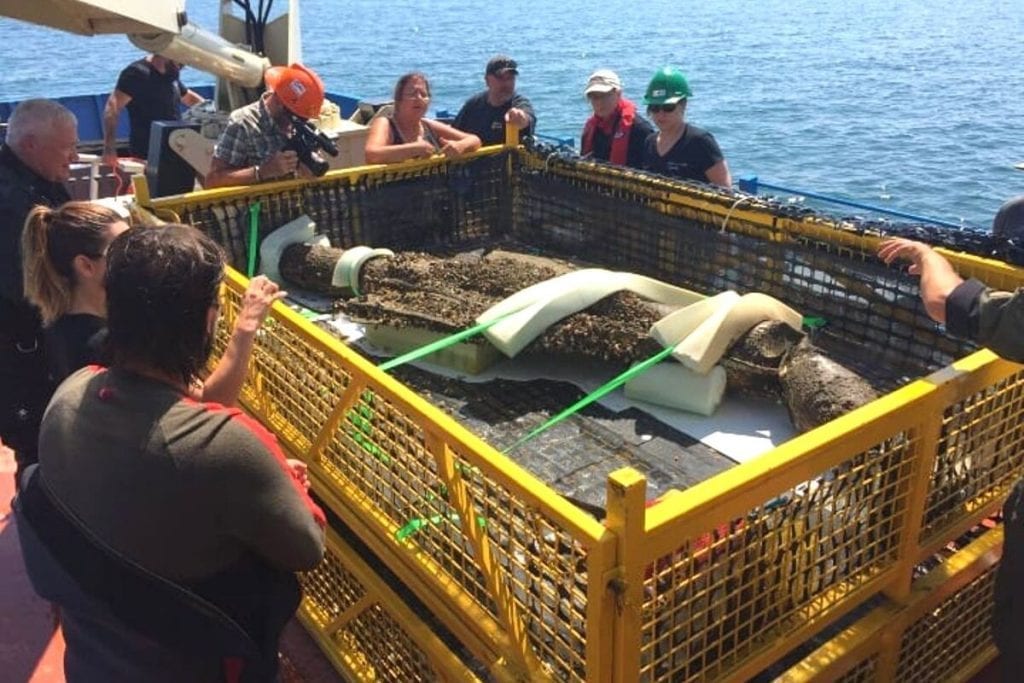 It might have taken an entire year, but the OEX team pulled an Arrow up from the depths of the lake. They could finally celebrate! But that ninth Arrow still remains hidden… The Raise the Arrow project will continue until it is found. 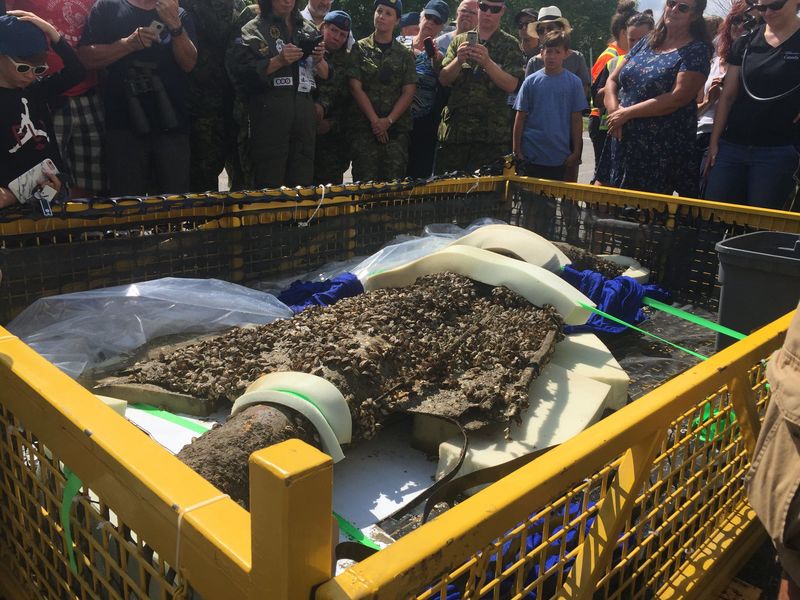 And that brings us to the very end of our story… for now. If you enjoyed learning about this incredible Airforce secret hidden under the waters of Lake Ontario, be sure to share this article with a pal! And if you're not quite ready to get back to whatever you were doing, there are plenty more articles for you to peruse right here...